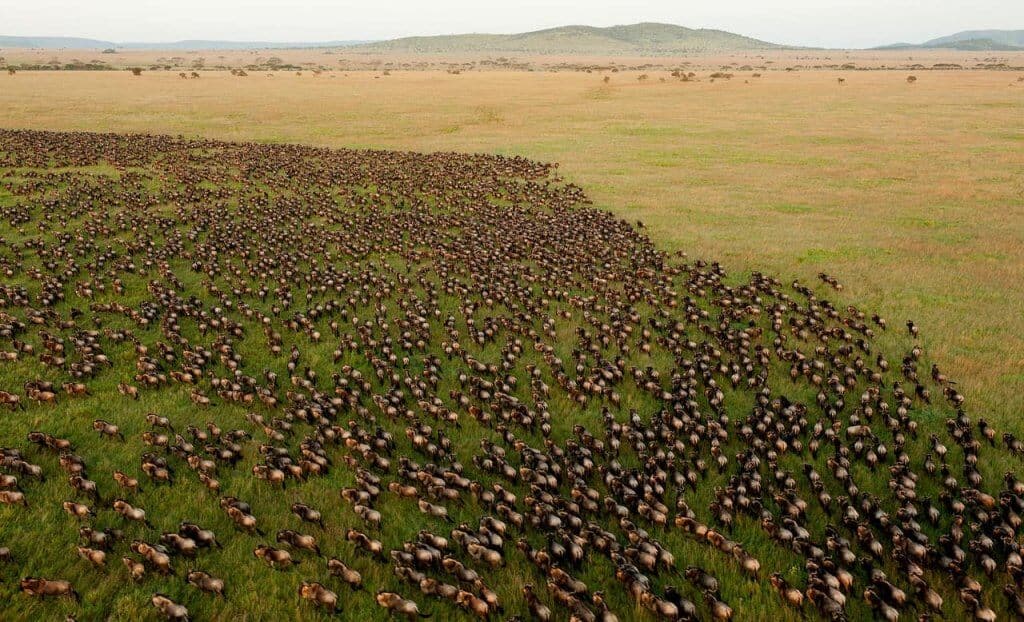 Frits van Oudtshoorn is a rangeland ecologist residing in the Limpopo province of South Africa. He holds a master’s degree in Nature Conservation (2008) and is the author of two books, “Guide to Grasses of Southern Africa” and “Veld management – Principles and Practices”. Frits is a private consultant and trainer specialising in rangeland management. He has been involved in more than 150 rangeland related projects in southern Africa. Frits does his work under the company names “Africa Land-Use Training” and “Working on Grass”, of which he is a co-founder and co-director.

Good grazing management, on the other hand, increases the carrying capacity of the veld, leading to an increased potential stocking density with animals feeding and producing on the most affordable feed resource, namely good veld. At the end of the day, good grazing management is not an option but a necessity (not only for our own sake but also for future generations).

Before the first farms were fenced off from the 1920s onward, large herds of grazers in grassland, savanna and karoo were migrating annually. This nomadic behaviour was mainly driven by female animals and associated with the search for greener pastures. Additionally, migration to known sources of water and to limit predation also played a role. The forward movement of herds was driven by abundant feed in front and the lack of feed and build-up of dung and urine at the back.

In general, migrations took place between sweetveld (winter) and sourveld (summer). In many cases migrations followed circular routes and were almost continuous, spending only a few months in one area when female animals were heavily pregnant and during birth.

Animals that did not partake in migrations (e.g. old, weak and injured individuals) were heavily preyed upon. The reason for this is that predators are territorial and relied on the relatively few number of animals for prey after large herds moved past their territory. Non-migrating species, such as kudu and impala, were also heavily preyed upon.

These historic grazing patterns took place for millennia and the veld ecology is well adapted to it. Understanding and incorporating these principles into our grazing strategies would therefore be vital for sustainable veld management.

What are the main ecological principles we can derive from the historic grazing patterns? Below, I list some principles that stand out;

Veldrest—The regular-to-continuous movements of grazers resulted in long periods of veld rest, sometimes even close to one year. Veld rest is important as it ensures seed production and vitality of grasses, particularly good grazing grasses. Continuous grazing is the opposite of this principle.

Low-selectivity grazing—The movement and density of herds “forced” animals to consume almost all grass species, thereby levelling the playing field for competition between palatable and unpalatable species. This is particularly important in high rainfall (sourveld) regions, where the differentiation between palatable and unpalatable grasses is high. The opposite of this principle would be high selectivity grazing, where grazers are spread out and repeatedly graze palatable grasses, thereby decreasing their ability to compete against unpalatable species and preventing them from producing seed.

Furthermore, and possibly most important, is that palatable “soft” grasses are better adapted to short-term trampling than unpalatable “brittle” grasses and particularly shrubs. Many argue that the impact on woody samplings by short-term trampling was the main factor, combined with the other principles, that controlled woody shrubs and maintained savanna regions as  open landscapes (e.g. Serengeti and Massai Mara).

Predator impact—Large predators had a significant direct and indirect impact on the number and movement of grazers. They were responsible for controlling the number of herbivores to maintain a balance between feed demand and feed supply. During times of drought, with few water points and many weak herbivores, predators will remove a significant number of animals. This reduction in grazing pressure helps the veld to rapidly recover after the drought is broken.

Furthermore, predators prevented grazers from concentrating in one area for too long while their mere presence resulted in animals concentrating in single moving herds. To a large degree, the landowner and the adopted grazing management strategy take up the “responsibility” of predators. The strategy should be to mitigate the negative impacts arising from not having large predators. This comes down to controlling the movement and number of animals.

Dung and urine—The regular movement of nomadic herds resulted in an even spread of dung and urine, thereby fertilising and recycling nutrients evenly in all areas.

The grazing management strategy and system will differ from farm to farm and is influenced by topography, climatic region, current infrastructure, availability of investment capital and management preferences. A current grazing system can also be improved by, for example, systematically subdividing larger camps over time.

There are a range of basic approaches to grazing systems. This includes continuous grazing (or selective grazing) on the one side of the spectrum, followed by various levels of rotational grazing with ultra-high-density rotational grazing (non-selective grazing) on the other side. The diagram below illustrates the range of approaches with their various features.

A popular approach to simplify grazing management, and to ensure adequate rest is incorporated into the system, is the use of the so-called “block” or “fodder bank” systems. With these systems, the entire grazing area for one group of animals is divided into two or three blocks of approximately equal size. One block is then alternately rested during the growing season while the others are rotationally grazed (see figure 3). The “rest block” is however often grazed once during the mid-growing season to stimulate growth, and then rested again to allow the grasses to grow out, produce seed and save reserve nutrients.

Such a system would then be classified as a high-density grazing system as the animal’s graze only half or two-thirds of the grazing area during the growing season. The animal density however depends on the total number of camps available to the group of animals in the system. The more camps available for use, the higher the density of grazing. Such systems are called “fodder bank” systems as the rested block serves as a fodder bank for the dormant season.

A project was recently undertaken on the Firth group farms in the Makwassie area to develop a grazing management strategy based on a scientific approach. This project involved the assessment of the current veld condition and development of grazing systems for each group of animals on the farm, while considering the current infrastructure.

Based on the current veld condition (many good grasses present), current infrastructure (many available camps) and large size of the farming operation, it was decided to implement a two-block rotational grazing system. This system will supply a bi-annual resting period to blocks, which will increase the number and tuft-size of good grazing grasses. Furthermore, due to an increased herd density, it will decrease selective grazing and provide some level of trampling to break soil crusts and stimulate seed germination.

During a special workshop with some of the farm managers, the various grazing systems for each group of animals on the farms were “designed” using Google Earth software. This involved considering the current grazing capacity, number of herds on each farm and the current infrastructure. In some cases, larger camps were subdivided. Below is an example of one such system (red shaded portion).

During the veld assessments, Reyneke Smit—ecological [land and water usage] manager for the Firth Group—assisted with data collection and learned more about the techniques used. A disc pasture meter was obtained and will be used, together with other methods, to implement a long-term monitoring programme. The results of the monitoring programme will be used to make changes in grazing management if needed.

I would like to thank John Firth and Piet Botma for their invitation to assist the Firth Group with the formulation of their grazing management strategy—for the Firth Red Brangus, Firth Wagyu and Hillcrest Game Estates farms. The process of preliminary research and analysis, to conversion and finally, implementation, was a necessary learning-curve experience for us all. May you and your staff be blessed for your ongoing passion for—and commitment to—environmentally sustainable land-usage.

Over the course of the past 2 years, the Covid-19 pandemic has given rise to

Living with the threat of Covid-19 surely has become the new normal and seemingly, with it, the way in which the world of commerce and business functions too.

Send Us A Message